Making our website stand out from the “startup” crowd 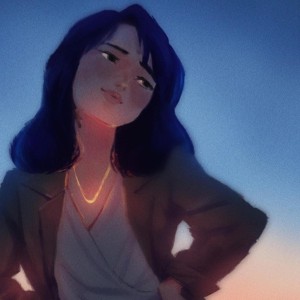 There has been a lot of talk recently about how web design is losing its creativity. That us designers are just reverting to the latest layout trend. They call it “The Dribbblisation of Design”. In many cases I believe this to be true. It’s a tried and true formula that conforms to the ideal User Experience (UX), but also makes for a rather beautiful design, so why not use it? I won’t deny that it has its place in the web design world (*cough* startups *cough*), but it is no longer unique, and therefore, not interesting. So when we made the decision to design a[nother] new website for Macropod, I didn’t want to churn out the regular design order.

I really like Dribbble. I’ve said it before and I’ll say it again, though it feels like a designer’s dirty little secret. Dribbble. It was, and is meant to be a place for the design community to share and give helpful feedback, but now it has a reputation as being the place to show off designs that don’t do much more than look pretty. My friend, who runs 7Elemenets (check out 7Elements in Miami if you’re ever around – he’s a friendly guy) pretty much agrees with me 100% on this. Take the notorious weather app dilemma for instance. They’re all beautiful, but it’s a lot of designers making variations of another’s idea.

That is the danger of browsing Dribbble. It can sometimes (if not always) lead to a generic looking design. It was almost inevitable that we’d end up with the video background, the hamburger menu and the barely-any-content homepage. Dribbble provides endless visual inspiration, but it rarely pushes the boundaries of web design.

That generic format has served me well, because sometimes it just worked, but having started working at Macropod but a few months ago, I figured that Macropod had to stand out. Not in a “Look at me!” kind of way, no, we needed something that would be… well, us. If you ever get a chance to meet with the people of Macropod, you’ll find out that we’re all cray cray. And I mean that in the best sense. Essentially what I’m trying to say is that the latest Startup-Hipster-UI wasn’t going to cut it.

So what would represent a bunch of overly talented, cat-loving/hating, computer wizards, you might ask? Beats me, thought I. So to Dribbble I went. When you search ‘website’, you get some pretty impressive results. Keep scrolling and you start to see the aforementioned pattern. Naturally, having absorbed those research results, my first concepts took on the typical website layout.

I was pretty close to tearing my hair out when I realised I was just going through the motions and making a pretty bland design. Then one of the guys at work (thank you Matt) pointed out Squish for Mac and Cultured Code, and I had one of those, ‘Uh-huh!’ moments. Clean design and adorable illustrations. It felt too simple to be true. I had my concerns about whether people’s first impressions of this sort of design would have the “Wow!” factor, but I put something together and it worked out rather nicely. So that’s how we ended up with the no-frills theme that we have today. Along with some (I hope) not too adorable characters to go with it. Who’d’ve thunk it? Simple right?

It ended up being a huge step away from the previous site, that was brilliantly bold and super hip, which (as cool as it was) did not represent the people at this company. And that’s because Macropodians are quietly brilliant and couldn’t give a rats-arse about what is hip or not (because we know better than that). What better way to show the company’s personality by creating a site that would be unlike any other. Yes, the illustrations bring most of that personality out, and may be a little self indulgent on my behalf, but so far the response has been a rather positive one. And not just from the team, but from our audience too.

This sort of reaction can really make your day.

There’s still more work to be done, but I reckon we got it right. By not following the trends, we now have a site that gives visitors a taste of who we are and not just something that looks pretty. Obviously we left out any deep, dark secrets that shall remain ours indefinitely.

I wouldn’t say that our new site is “The most innovative design ever to be produced”, because it certainly isn’t, but I can say that it does not look like a start up. The typical startup site is in many ways deceptively beautiful, and easily recognisable as a startup. Which in our case was not ideal. Macropod is a startup, but we’re not at the beginning of our journey. We are established and we want people to know that. To trust that our products are ready for you to use, that they are the best you can find and that we don’t take ourselves too seriously, because where’s the fun in that?