Our Pick of Conferences Around The World for 2016 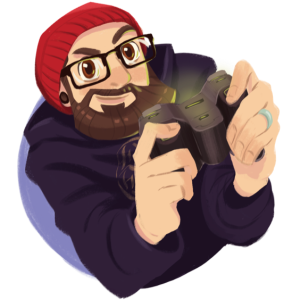 The LAUNCH Festival is a startup conference with 15,000 attendees, four stages, and 250 speakers focused on helping founders build, scale, and fund the next generation of outstanding companies. If you’re a start-up Founder, or have hopes of soon being one, this is the place for you.

One of the most well-known annual conferences in the world. An incubator of cutting-edge technologies and digital creativity. The brightest minds in emerging technology, scores of exciting networking events hosted by industry leaders and an unbeatable lineup of special programs showcasing the best new websites, video games and startup ideas the community has to offer. This two day conference will be packed with smart real-life solutions and techniques, ranging from front end to design to UX. Their site even has a “how to convince your boss” PDF in case you need some extra help with funding the trip. They’re even taking it on the road this year, hitting San Francisco in April, and Barcelona in October. So much to choose from!

A one-day conference about keeping your customers (happy)! One of the only conferences around the world that concentrates purely on Customer Support. Previous participants have been companies who have succeeded by knowing and understanding that their community comes first, including Dollar Shave Club, Intercom, Tumblr and others.

Described as “the anti-CES”, Collision is “America’s fastest growing tech conference” created by the team behind Web Summit. In two years, Collision has grown to over 7,500 attendees from more than 50 countries. Attendees include CEOs of both the world’s fastest growing startups and the world’s largest companies, alongside leading investors and media. Organised by the same people behind Web Summit, RISE and SURGE festivals and in the past have attracted some of the biggest names in tech to participate, including Apple, Microsoft, Google, Facebook, Cisco, Intel, Amazon and more. And to sweeten the deal, they’ve managed to squeeze it between the two weekends of the world famous New Orleans Jazz Festival. What a week!

An intensely educational learning session for passionate practitioners of standards-based web design. If you care about code as well as content, usability as well as design, An Event Apart is the conference you’ve been waiting for. We picked Boston as our favourite, but they’re also hosting them in Nashville, Seattle, Washington DC, Chicago, Orlando and San Francisco!

TNW Conference, a gathering of immense scale that brings together 20,000 of the world’s top technology leaders, venture capitalists, and entrepreneurs. Business development, thought-leading content and endless networking opportunities are tied together by more than 10 stages, 500 exhibitor pavilions and 145 fringe events about the future of technology, innovation, marketing, communication and imagination. This year has some amazing guest speakers.

TechCrunch Disrupt is the world’s leading authority in debuting revolutionary startups, introducing game-changing technologies, and discussing what’s top of mind for the tech industry’s key innovators. Disrupt gathers the best and brightest entrepreneurs, investors, hackers, and tech fans for on-stage interviews, the Startup Battlefield competition, a 24-hour Hackathon, Startup Alley, Hardware Alley, and After Parties. This is the mother of all tech conferences.

INBOUND Conference is designed to help marketing and sales professionals, business owners, and agency executives deepen their knowledge of inbound marketing.
around 10,000 attendees

Slush is a non-profit event organized by a community of entrepreneurs, investors, students and festival organizers. It is the focal point for entrepreneurs and tech talent to meet with top-tier international investors, executives and media. In 2015, Slush brought together 15,000 attendees, including 1,700 startups, 800 venture capital investors and 630 journalists from exactly 100 countries.

What are some of your top picks? Let us know and we’ll add them to the list.