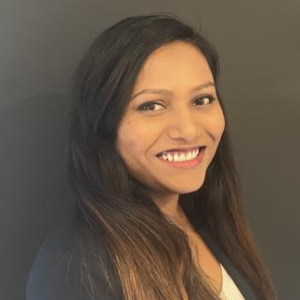 You know how the saying goes: “To tell someone that he is wrong is called ‘criticism.’ To do so officially is called ‘testing.’”

In the world of web design, there are several different types of testing, one being user acceptance testing (UAT).

How does this type of testing differ from the rest, and what is its importance?

If you’re looking to bulk up your knowledge base on this topic, you’ve come to the right place.

This guide will cover everything you need to know about user acceptance testing strategy.

1. What Is User Acceptance Testing?

2. What Are The Prerequisites of UAT?

4. How To Perform User Acceptance Testing

What Is User Acceptance Testing?

User acceptance testing is known by several names. You may have heard of it under the names beta testing or end-user testing.

UAT is the part of the website development lifecycle when you bring in the client or stakeholders and let them have their say.

Unlike the other testing phases, this one is done by the client to accept the website as-is or to request more changes.

It is the final step in the development process.

Who performs this software testing is almost as crucial as how it is done.

The end users or clients should perform user acceptance testing, hence the name.

The testers must have a deeper knowledge of the business, their target audience, and website expectations for the UAT to fulfill its purpose.

The testers should also be able to identify problems and log the issue into a test case in terms that developers can understand so they can fix it.

If the tester doesn’t meet all these expectations, you may end up going on a PICNIC (problem in chair, not in code.)

When Is UAT Performed?

It is the final part of all testing phases in the website development process.

Therefore, it should be performed after unit testing, functional testing, compatibility testing, integration testing, and security testing have been completed.

However, UAT should still be done before allowing the website to go live.

Even though it is the last test to be done, planning for this process shouldn’t be left until the very end. More on that later.

Why Is UAT Performed?

UAT is an integral part of the test plan and is quality assurance for the stakeholders of the business website.

Although it may be tempting just to say, “It’s not a bug, it’s a new feature!”, your clients may not see it the same way.

The purpose of UAT testing is to:

The purpose of UAT testing is not to:

What Are The Prerequisites of UAT?

Before UAT can begin, there are a few prerequisites.

First, all other testing — such as compatibility and function testing — must be completed. Any bugs or defects found during these tests must be fixed and retested.

Also, the website code and traceability matrix must be completed.

The business processes and acceptance criteria should be made available for test grading.

UAT testing should not begin until the testing team receives the sign-off, signaling that it is ready for this step.

What Are The Types Of UAT?

To complete a UAT, developers have a few versions to choose from.

In Beta Testing, users test the site as-is and provide feedback with suggested improvements. The main goal is to learn how the website works in real-world scenarios.

With Black Box Testing, users try the website functions before it goes live, but they cannot see the code.

It is a website “prototype” that allows users to get a real feel for the site before you launch it.

Black box testing is the most widely-used method because it allows the user to see an accurate representation of what the website will look like without making it live and giving them access to editing privileges.

You can also have the UAT team test the website based on various criteria in a process called operational acceptance.

This is based on the website’s performance in regard to:

Another criteria-based UAT, regulation acceptance is based on the website staying on the right side of the law.

Users will be looking for regulatory and legal compliance while performing the tests, such as:

Of course, the legal requirements a website needs to meet will depend on your client’s industry. While some rules are legally required, some are only strongly encouraged.

A compliance quiz can give you a more in-depth look into your legal requirements.

This UAT is based on the website meeting the business objectives and what is agreed upon in the user-developer contract.

Users may have the contract in hand while checking off a list of agreements met as they review the website.

How To Perform User Acceptance Testing

Now that we know the what, when, why, and who of user acceptance testing, let’s kick off the how.

Below are the five steps of user acceptance testing:

Programmers will develop some workflow diagrams based on the business requirement documents and system requirements.

Other data needed for UAT management include the time frame of the system testing and implementation strategies.

Once all the data is compiled, programmers will need to cover as many different use case scenarios as possible while using the website.

They will then lay out the test steps to follow.

Next, a checklist of test data and login credentials for the program will need to be created for the tester.

Finally, the user tests all the scenarios and looks for expected results. Following each step, the user fills out the checklist in the test document.

Any bugs or problems found by the user are logged, but what is the best way to do that?

With your friendly neighborhood BugHerd of course!

With this easy-to-use service, users will be able to put a note directly on the issue.

After developers receive the test documents from UAT, they fix any bugs that were pointed out.

The user performs one more UAT to confirm that the fixes were successful.

If necessary, the development team fixes any more bugs, then performs regression testing and one last UAT.

If no further issues are found, the coast is clear. Developers sign off for the website being made live. We are a go for launch. (Not to mix metaphors there, but you get the idea.)

You should follow a few best practices to ensure your UAT process goes off without a hitch.

Making the UAT plan as early as possible in the software development life cycle is best.

Since it’s the last step in testing, delays in the other stages can put undue pressure on the UAT process. Having a plan in place helps the process go much smoother.

Tester(s) should be up-to-date on how to conduct the test and how to log any bugs.

You can’t expect them to jump into this without training and get it right. Give them the tools they need to complete their expected tasks.

Use A Different Environment For UAT

Don’t perform UAT in the development or production environment.

You also don’t want changes to be made while testing is underway.

UAT should be done in an isolated test environment.

Good communication is a key aspect of any project management.

Most website test management tools lack this ability. BugHerd excels in this regard.

Not only can testers raise concerns directly on the platform, but they can be ping right where the issue is located.

Hold A Meeting With Participants Before Moving To Production

Any thoughts or feelings about the program can be delved into deeper during this meeting, putting any floating concerns at bay.

Also, a back-and-forth between multiple users and developers could discover some great solutions.

BugHerd provides a unique way to perform the UAT process that works for both ends of the testing cycle — user and developer.

Here are a few reasons to use BugHerd for your next UAT testing cycle.

Make It Simple For Users Unfamiliar With Development

BugHerd’s platform uses a point-and-click sticky-note style messaging system that allows users to add their input as easily as writing a DM.

You can also attach screenshots or video feedback so the developer can feel like they were there with the user while they experienced the website for the first time.

Communication Can Be Done Quickly And Concisely

Clarification of test results is a long-standing issue with website testing.

With BugHerd’s visual feedback software, you will get a visual representation along with the text attached.

Messages are logged right into the platform. Multiple eyes can see and respond to these messages, expanding the collaboration to more than just two people.

They are organized on a kanban style board for developers to access and address.

The development team at BugHerd wanted to create a tool that can be universally used regardless of how tech savvy anyone is. They also aimed to make sharing and understanding feedback as simple as possible.

Their user-friendly interface and vast suite of features achieved both of these goals.

Here are some amazing features that help with UAT in particular:

Developers can view the metadata of each feedback note left by the user right on the sidebar.

Developers can stay organized in the UAT process by assigning each feedback a severity and due date on the sidebar for the entire team to see.

You can even attach files directly to the messages.

As easy and intuitive as the feedback tool is for users, BugHerd wants to be 100% positive that no one is left scratching their heads.

That is why they have made it possible to install a chatbot or widget onto your live website. This allows users (and visitors in the future) to pinpoint any issue they encounter.

No special installation on their part is needed. They just click on the “Give Feedback” button and follow the prompts.

BugHerd allows users to fill out surveys on-site, in-app, or off-site through email for a more direct line of questioning.

Still need help? Look through our How To video library to have all your questions answered.

UAT is an important part of the testing process and improves your customer satisfaction rating when done right.

Sometimes communication between developers and non-technical people can get a little garbled. BugHerd helps by providing a way to communicate that is universal.

Want to give BugHerd a try? Start your 14-day free trial.