Bug Reporting: What is a bug report and how to create good bug reports 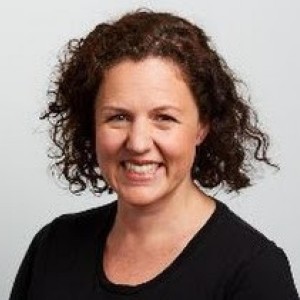 At BugHerd we talk a lot about bugs. After all, it makes up half of our name. When we’re not herding bugs, we’re helping web development teams squash them, resolve them, sort them and manage them.

For people who spend so much time focussing on bugs, we don’t spent a lot of time answering a lot of the more basic questions about bugs. This all changes today. Right now, we’re going to answer some of your most pressing questions around bugs and provide results to searches we have received including bugs and bug reporting.

What is a bug?

What an excellent place to start! Let’s rule one thing out immediately, we’re not talking about insects. Apologies to all the amateur and professional entomologists out there.

When we at BugHerd talk about bugs, we’re referring to software bugs. So, what is a bug in software? I love a good dictionary definition.

If we turn to Wikipedia for the meaning of bug we find:

“A software bug is an error, flaw or fault in a computer program or system that causes it to produce an incorrect or unexpected result, or to behave in unintended ways.”

The Macquarie Dictionary takes it even further defining it so:

“An error in a program or the machine itself, often undetected by the most stringent tests“.

However we define a bug, it certainly doesn’t appear to be something that we want in our software or on our website.

Why do we call it a bug and not a problem, issue, weed or any other term from nature?

The term “bug” has been part of engineering lexicon since the 1870s at least. At that time, it mainly appeared in reference to mechanical faults. In fact, Thomas Edison himself wrote a letter in 1878 where he made reference to  “Bugs” referring to “little faults and difficulties” within machines.

Our favourite reference to bugs and computing software comes from 1946. For this story, we need to go back to the Harvard faculty at the Computation Laboratory where the Harvard Mark II was being built. The Harvard Mark II or Aiken Relay Calculator operators discovered a moth trapped in a relay that was causing an error. Rumour has it that they knew of the engineering term “bug”, so extracted the moth, taped it into the log book and wrote beside it “First actual case of bug being found.”

And now, we all quite naturally talk about bugs in computing and software.

What is the definition of a bug report?

In answer to the question: “What is a bug report?”, there are several important components to keep in mind. At BugHerd, our definition of a bug report includes the following:

A bug report is a specific report that outlines information about what is wrong and needs fixing with software or on a website. The report lists reasons, or seen errors, to point out exactly what is viewed as wrong, and also includes a request and/or details for how to address each issue.

I think we can all agree that bugs in software = bad. Bug reports are essentially a way to say: “Hey, this software doesn’t work the way it’s meant to, please fix it”.

A bug report needs to be clear, actionable and simple to complete. If it’s not, then no one will action or fix the bug, which in turn will mean no one will want to report bugs and we’ll all have buggy software.

Are all bug reports created equally? Of course not, and as always, it’s what’s in the detail that matters. We cover what makes a good bug report as opposed to a bad bug report in the question How do you report bugs below.

Why is bug reporting important?

Nobody wants to work with software that doesn’t behave as expected. It’s a terrible user experience. Bug reporting helps smooth out software, so that it does what it needs to, without frustrating the people using it.

In fact, bug reporting is so important that many development teams have dedicated testers, or Quality Assurance whose job it is to find and report bugs. Have a read how Shopify Plus agency Juno freed up time in QA and UAT by implementing BugHerd to collect their QA feedback.

How do you report bugs? What information do you need to include in bug reports?

Reporting bugs doesn’t need to be difficult. Creating a great bug report means that bugs will get fixed faster too. So what do you actually need for a good bug report?

Here’s a 10 step checklist when writing bug reports to make sure you create good bug reports.

Not all the information will need to be included all the time, but it will definitely help you to create a great bug report.

Is there software to help report bugs? Like a bug reporter or bug report system?

And numerous variations of the above.

However you refer to them though, they make reporting bugs easier. The main purpose of any bug report system is to keep track of reported bugs.

They may differ in how they store and track bugs, in the quantity of information they store, in how complex they are.

The biggest differences though are in:

Here’s an example of how BugHerd organises the information in a bug report. We think it’s pretty good, even if we do say so ourselves.

Bug reporting can be manual or automated. You may use a software, spreadsheet, emails or even face to face meetings to collect the bugs from your team or clients. Whatever you use for your bug reporting, we recommend to use the above bug reporting template that includes all needed information for your team to fix the bugs in question.

BugHerd offers a free 14 day trial, so what are you waiting for? Upgrade your bug reporting and give it a go!