BugHerd – The startup that refuses to die 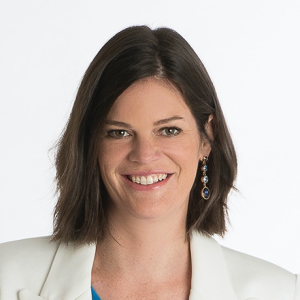 There is something deep down inside BugHerd that can never roll over and die. No matter the odds stacked against it, BugHerd consistently gets up and keeps going. After 10 years of observing this resilience we think it is passion which is the revitalising force that means BugHerd is the startup that refuses to die.

This December at the end of a wild 2020, BugHerd is turning 10. As a business it has withstood a change in founders, transitioned CEOs, had a couple of branding changes, mother ship name changes – most recently to Splitrock Studio, some questionable branding journeys, hot and cold investors, a team who was asked to walk away and who then decided to return (voluntarily), and now we can say that even a global pandemic can not hold it down.

BugHerd has not only survived these “interesting” design versions, but remarkably, users continue to sign up and use the product. In celebrating the 10 year anniversary mark, there have definitely been some laughs amongst the newer team at ‘what was’ the BugHerd website.

However, not only did users keep signing up and sticking with the product, they continued to love it. We send our users those seemingly boring customer surveys each quarter and love getting the data back. We love hearing that over 90% of our customers would be disappointed if they couldn’t use BugHerd anymore. Obviously the BugHerd product outshone the website.

It may feel as though the internet has changed a lot over the past 10 years. BugHerd’s durability though, shows that the job of those working on business websites every day remains largely the same. Collating and responding to website feedback from multiple stakeholders is a core component to any website build.

Just as the need to clean up the dishes is an inevitable part of any meal, no matter the food served. No matter if we cook at home or order in. Dishwashing is the job that keeps on giving and causing angst amongst families and roommates over the ages. BugHerd is the dishwasher that makes website cleanup tolerable. Avoiding the split of teams in the same way that marriages can come apart over the dishes. It even saves our own team a lot of heartache with our own website feedback loops (which the years have proven is needed to avoid such logos as our cowboy above).

This passion for allowing people to do the work and live the life they love, has kept BugHerd going. Internally however, this mantra has not always rung true for the team at BugHerd. At times the fun work we love has been missing in action. The struggles of running a business and maintaining a life have been real. For those who have been a part of our journey over the past 10 years, 2015 stands out as one of those years when things really did go a bit pear shaped. Alan Downie, BugHerd’s founder noted during this time

We tried to take on more than we could handle, tackled problems we didn’t understand. We tried to compete in areas we could never hope to compete in (not with our limited resources). Most importantly, we lost focus on what makes us “us”.

It was an important lesson and an incredibly valuable point of reflection that has fuelled our growth since. It will continue to shape our strategy for the next decade to come. Our priority remains on ensuring BugHerd allows all of our customers to receive and manage feedback on their websites so as more time can be spent on creating new and fabulous sites for their businesses and their clients requirements. Staying niche but true to what it is that we do best, is the best way forward. And when we describe the small business/startup that BugHerd is, we can say “we’re not all unicorns pooping rainbows on a rocket to the moon, and nor should we be”.

The Splitrock (including BugHerd) team keeps on going from strength to strength, with some of the original team pivoting to some exciting new products, born out of learnings from BugHerd, which you can find more about here.